JR Esashi Line (Between Esashi and Kikonai) was regrettably demolished on 12th May 2014.
The town council used the space where the station was to erect an apartment complex with 3 apartments and a park to encourage people to reside there permanently, and also built a memorial monument in the park.
Remodelled after the original buffer stop at the end of the Esashi Line, and using the original train rails and sleepers from the former Esashi Station, a monument imitating the original station name display board was erected. On the back of the station name display board, the history of Esashi Line is explained with photos and text. In addition, a wooden pillar monument which was placed at the front of the former Esashi station by the Hokkaido Architect Association (Kashiyama Branch) has also been relocated.
Please come and check out the Former Esashi Station Museum / Local Community Centre to see more equipment from the original Esashi Station. 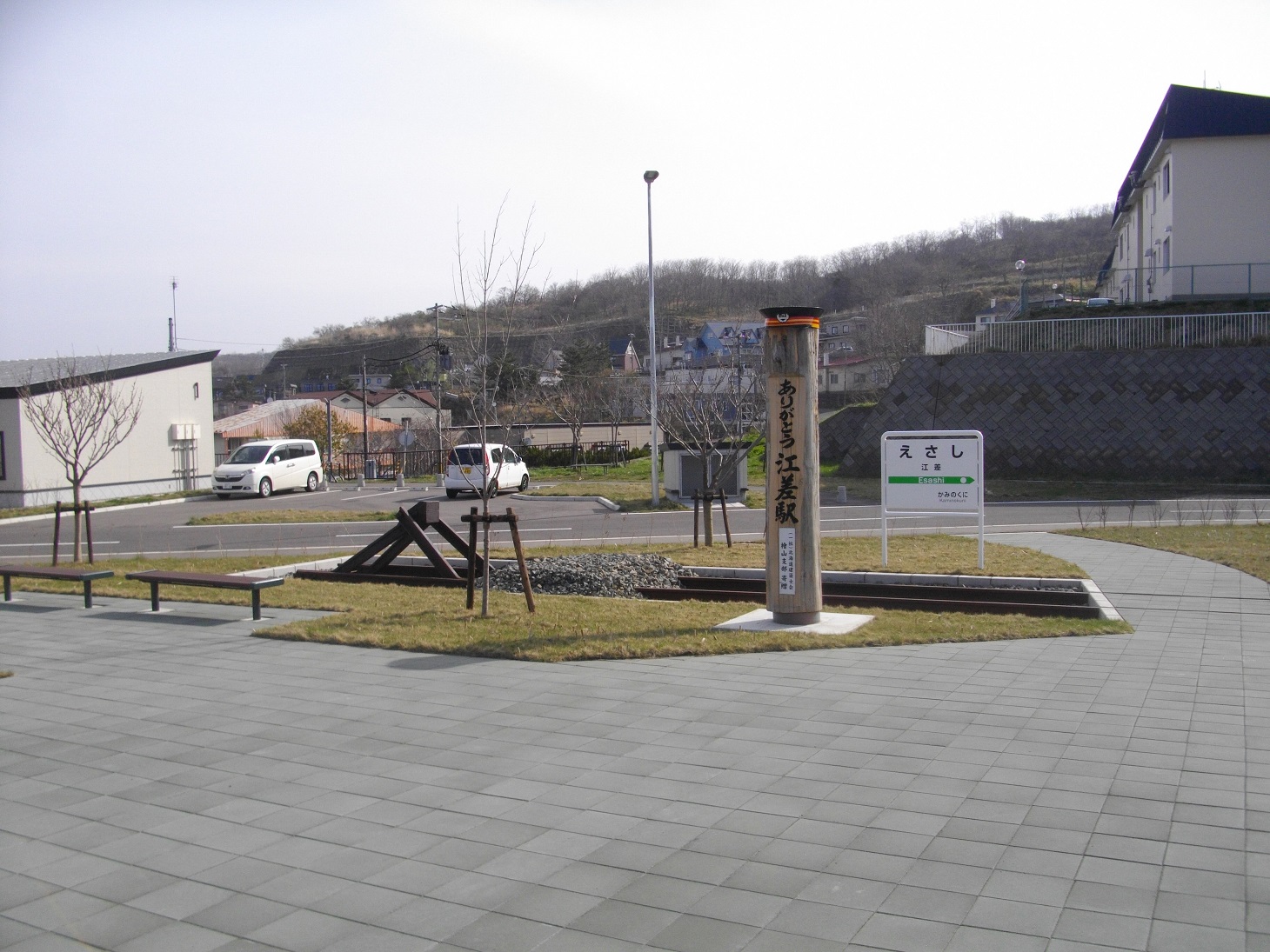 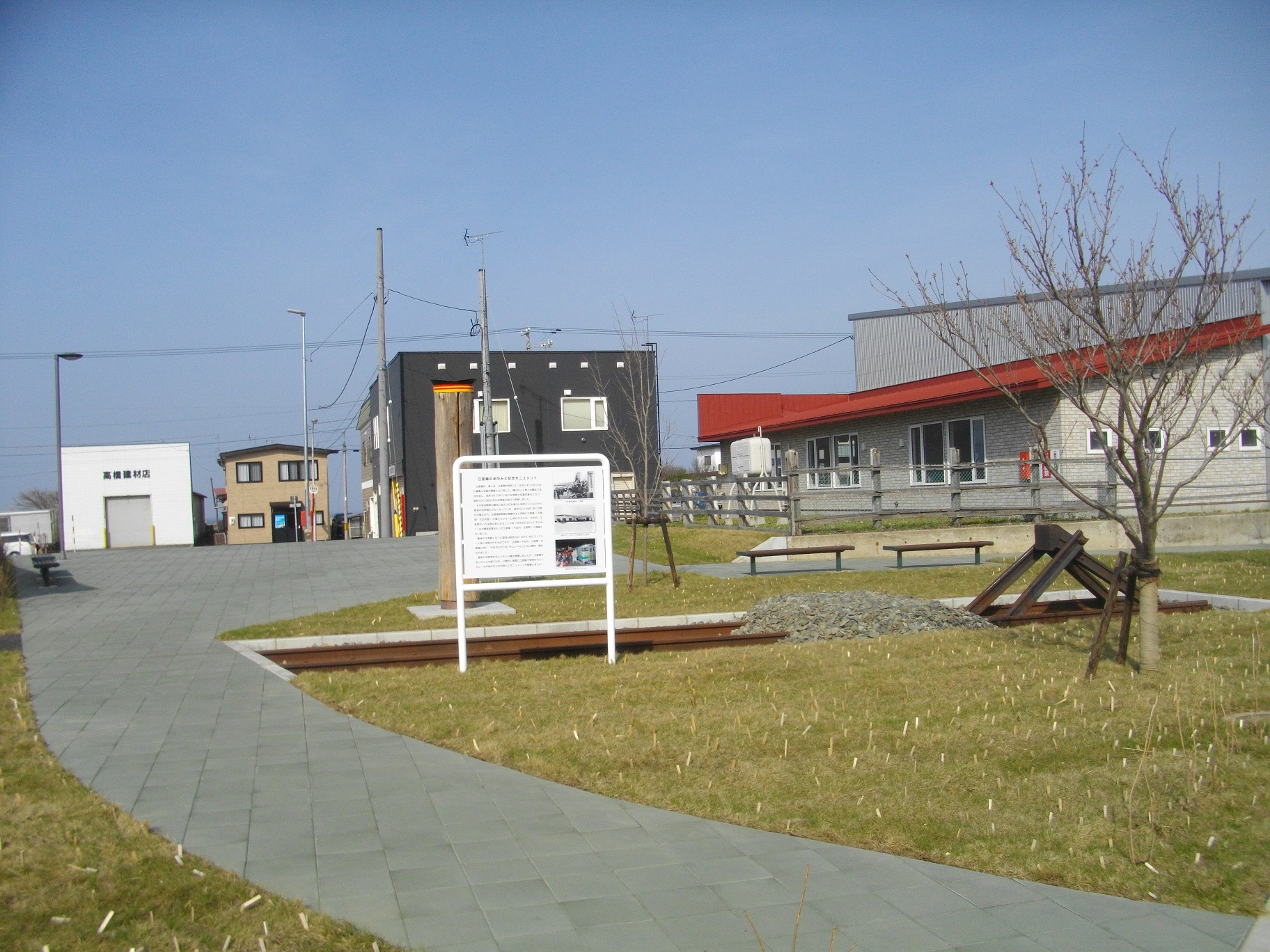 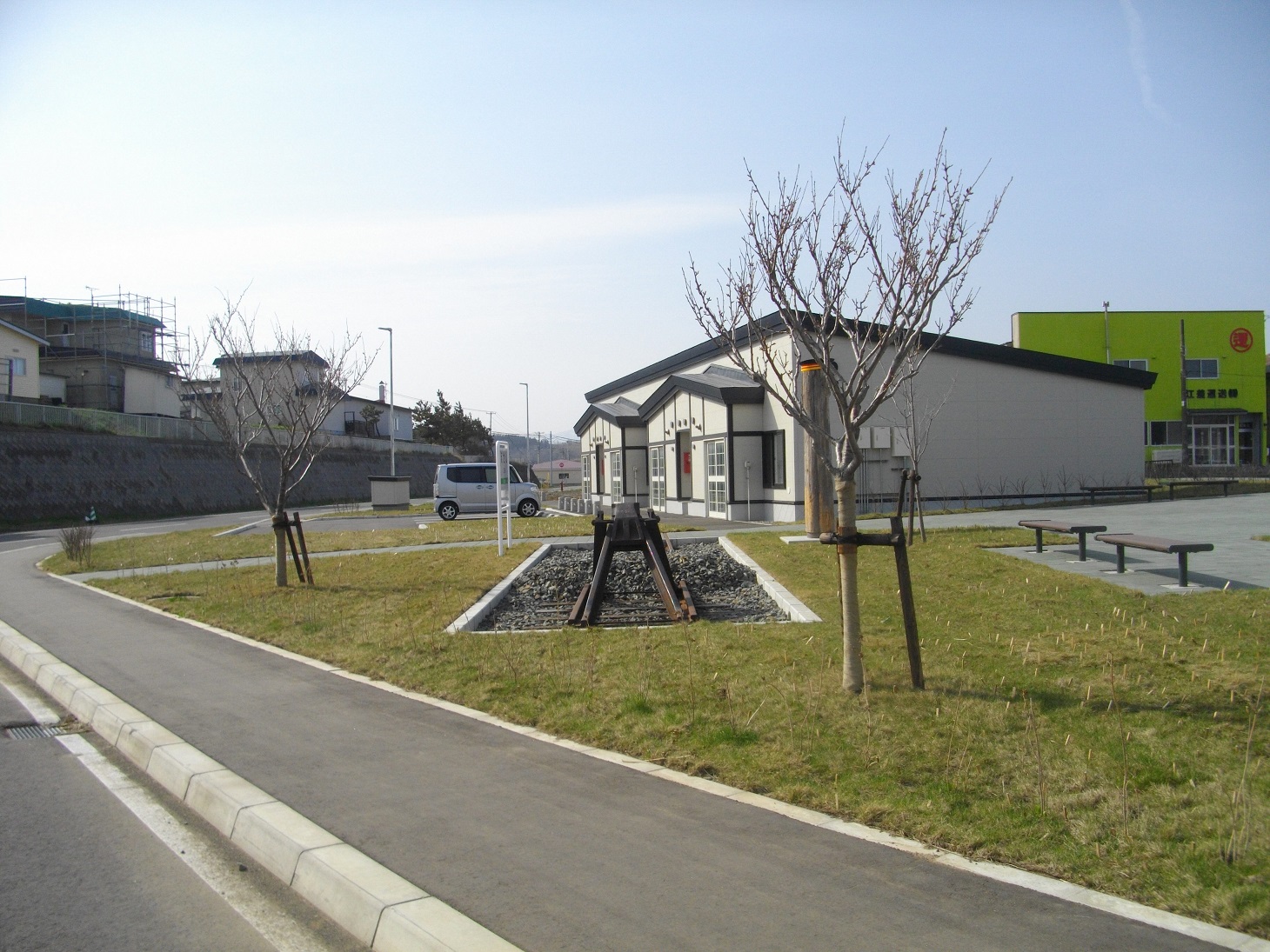 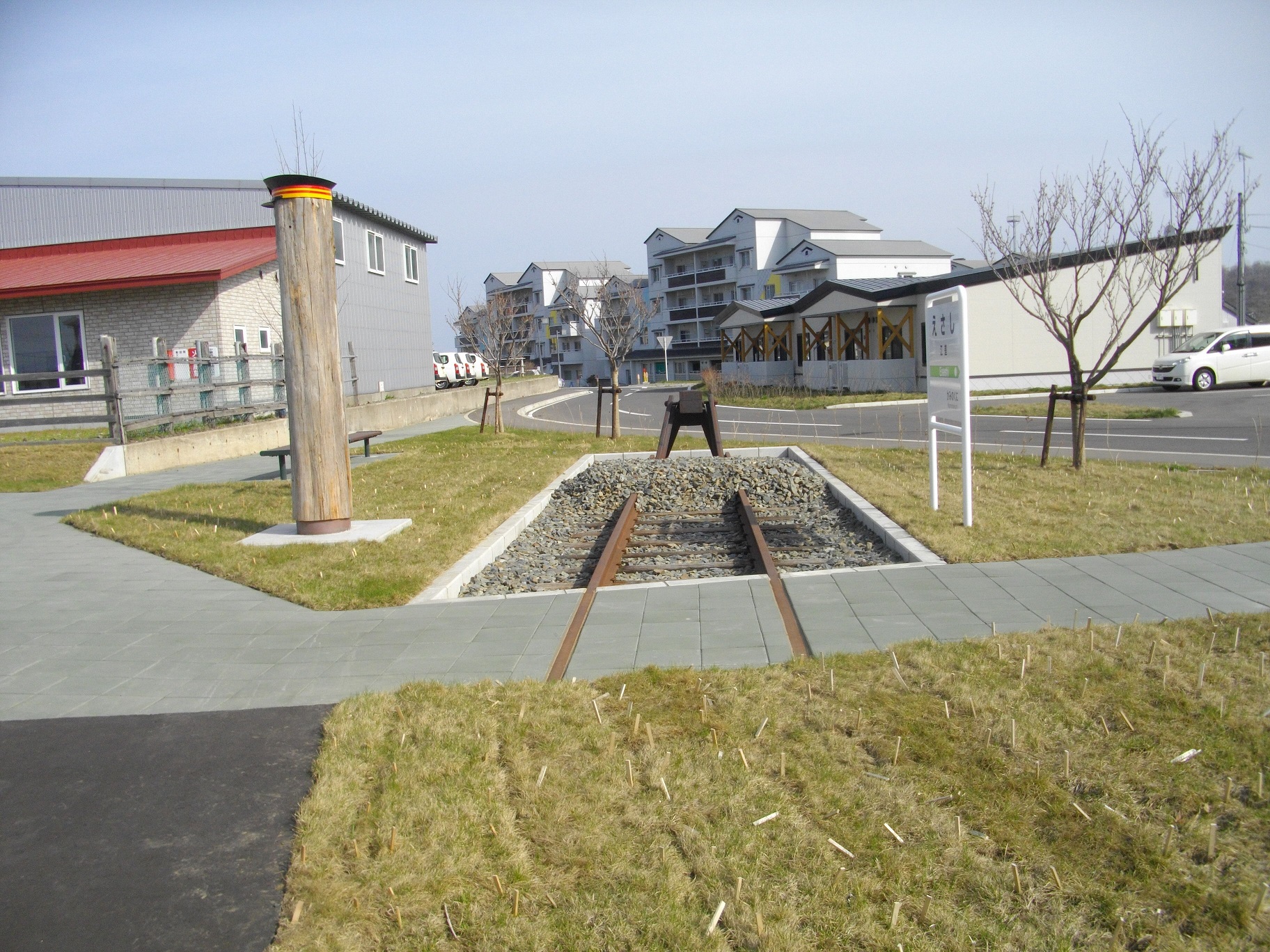 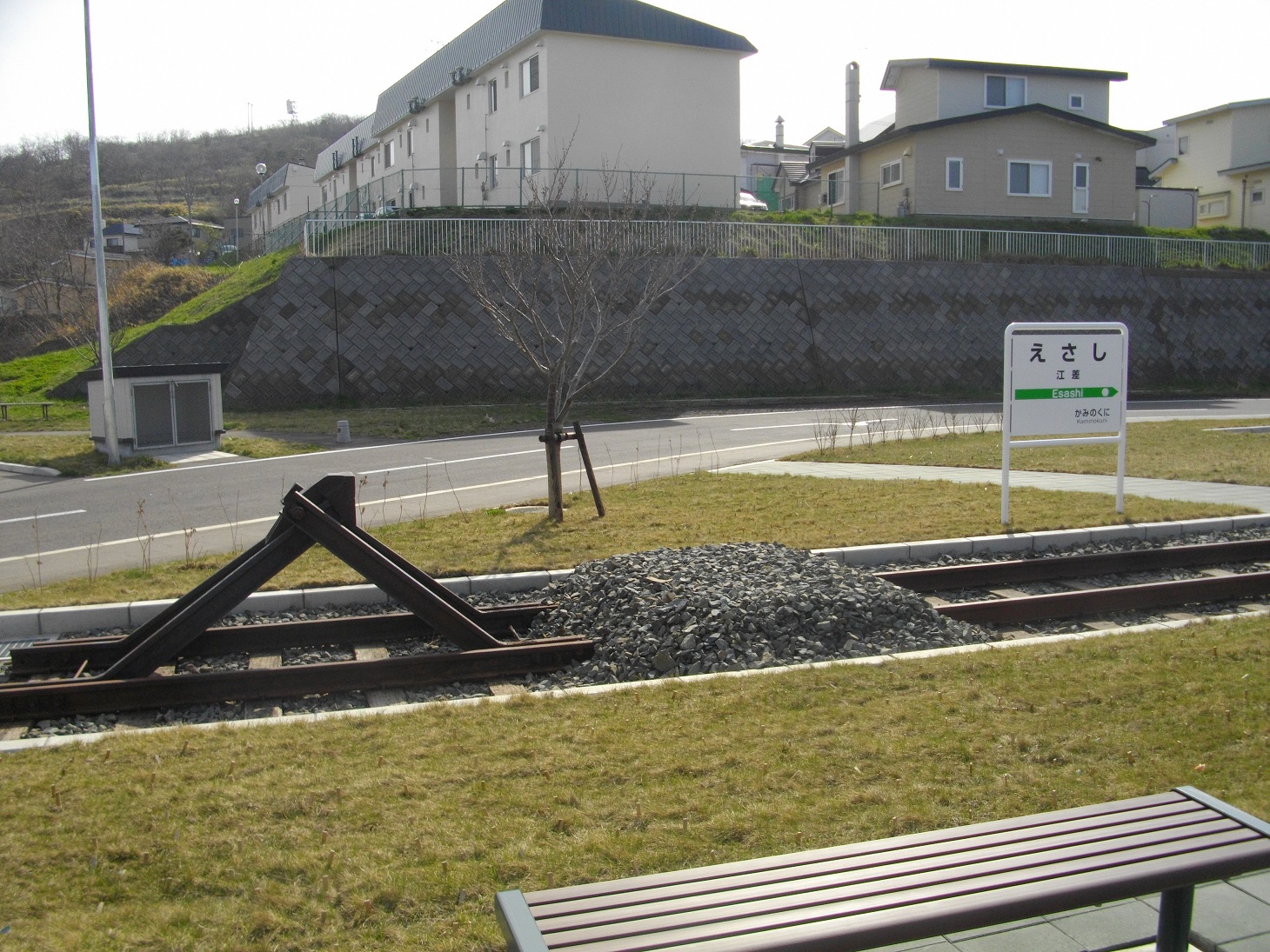 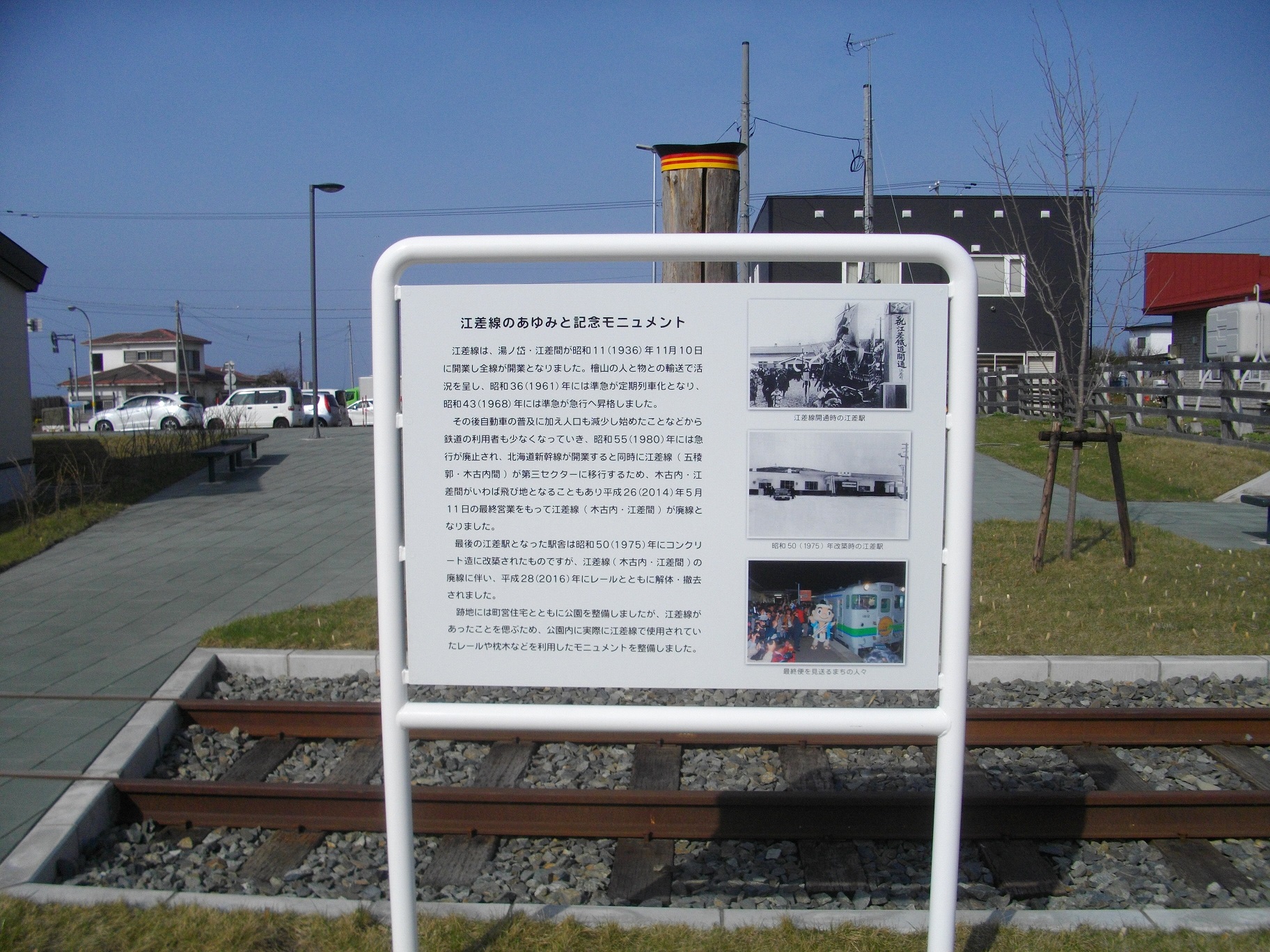