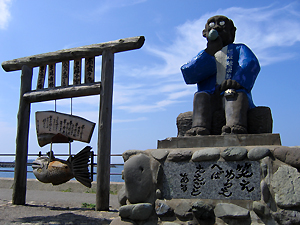 Michi-no-Eki Esashi was built in 1993 which is the earliest in the southern part of Hokkaido. Its landmark is the statue of Shigejiro, who is said to have existed in Esashi during the Edo era and he spreaded laughter with his quick wit.
With the humorous appearance of Shigejiro and the phrase “Laughter, there is a lot to do", engraved on the pedestal, it has long given visitors to this place laughter and healing. 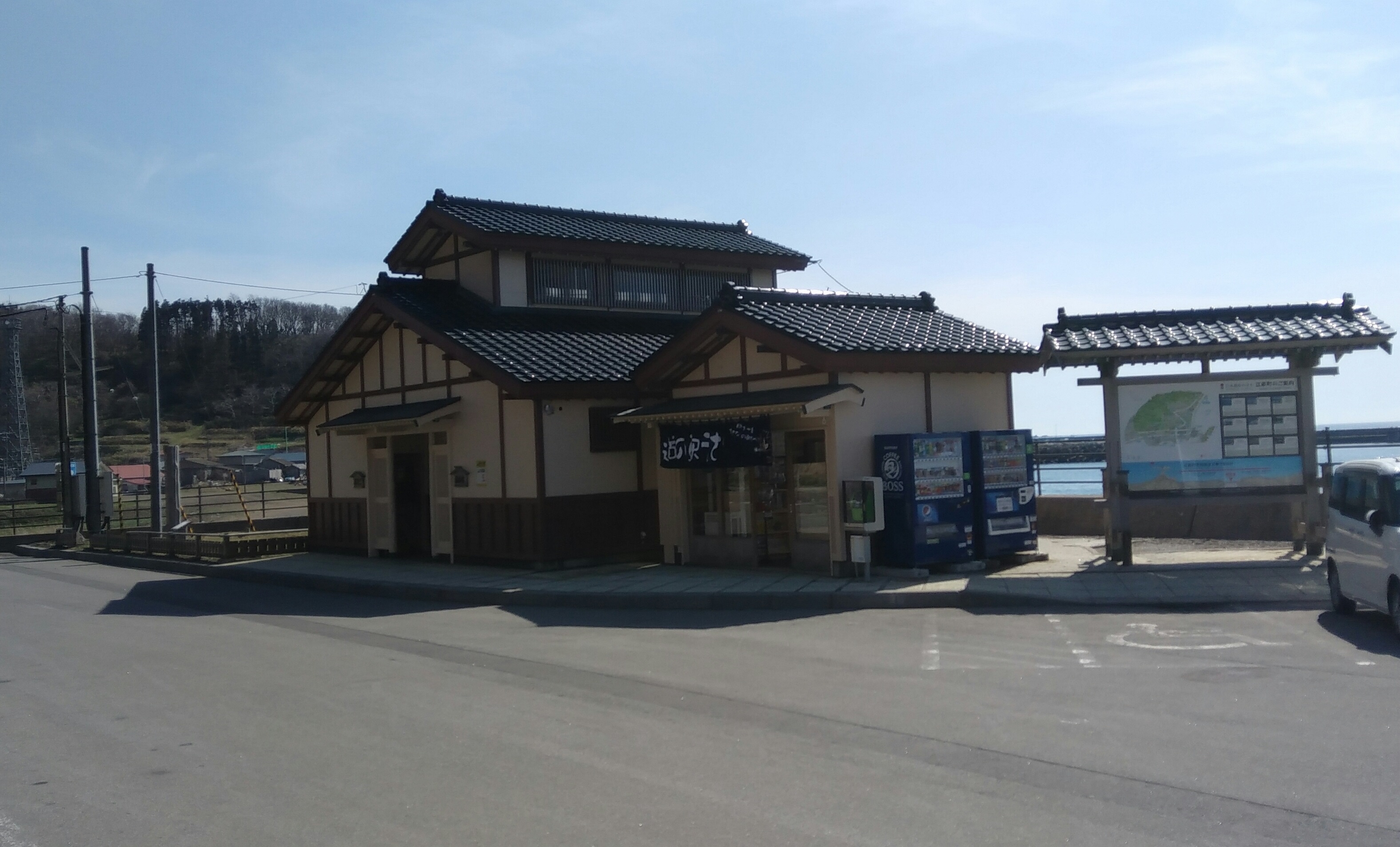 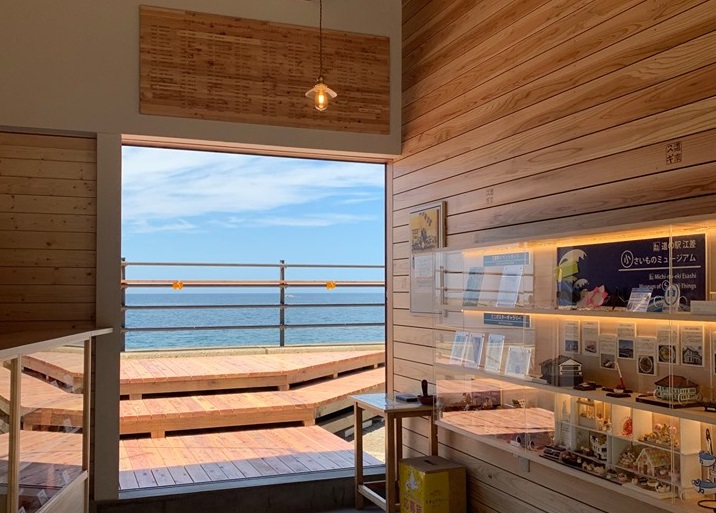 The size of the facility, where the Michi-no-Eki Esashi store is located, is only about 8 tatami mats, which is smaller than the toilet next to it. Two people who traveled to Michi-no-Eki all over the country agreed that there was no place smaller than Esashi's. As the smallest Michi-no-Eki in Japan, we have changed our aim to be a small but high satisfying Michi-no-Eki.

By the way, in a survey by a TV program, comparing the building area including toilets showed that Esashi's Michi-no-Eki was the smallest in Japan. 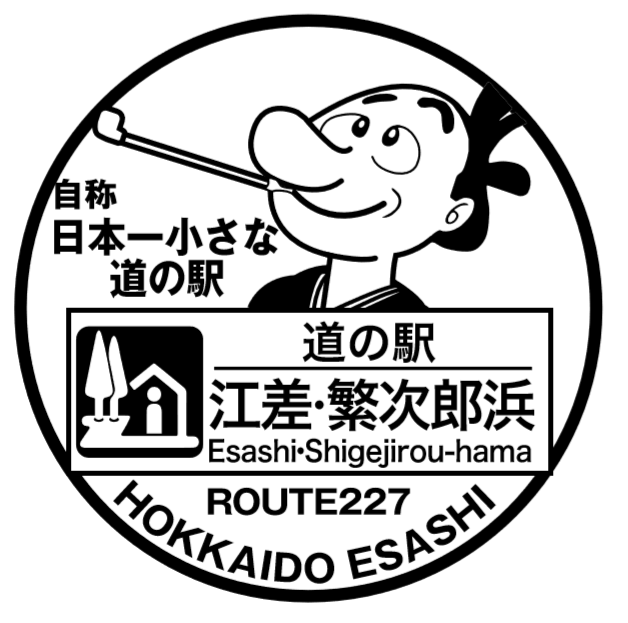 The funding for the renewal was raised through crowdfunding in order to make more people become fans of Esashi's Michi-no-Eki. The goal was 2 milllion yen but the final amount raised surpassed it raising 2.62 million yen. We rebuilt the building with lots of wood, and the facility was reborn with a feeling of freedom even if the size of the building did not change.
Along with the renewal of the building, the stamp was also changed. If you have the previous stamp, please see what has changed. 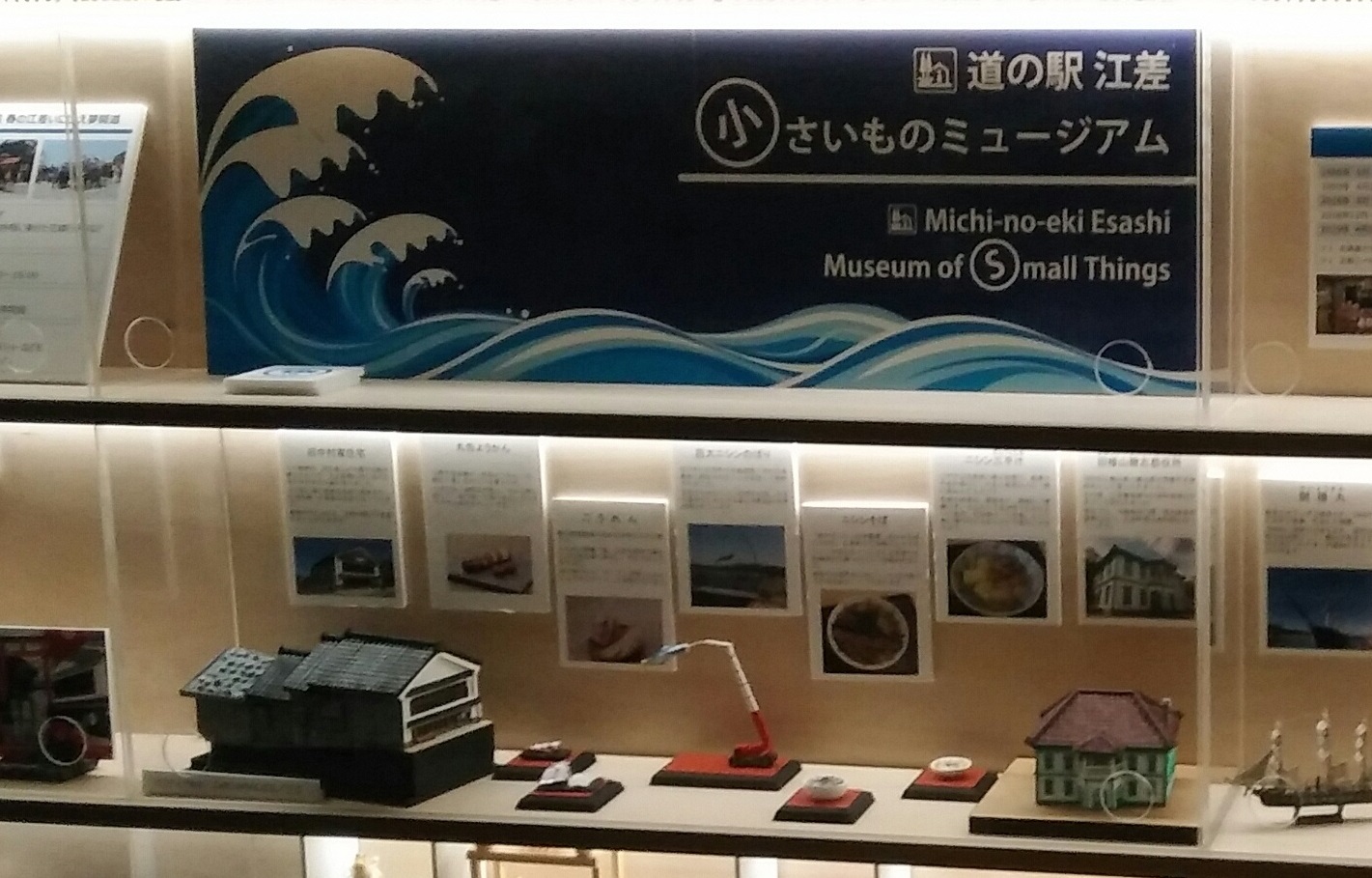 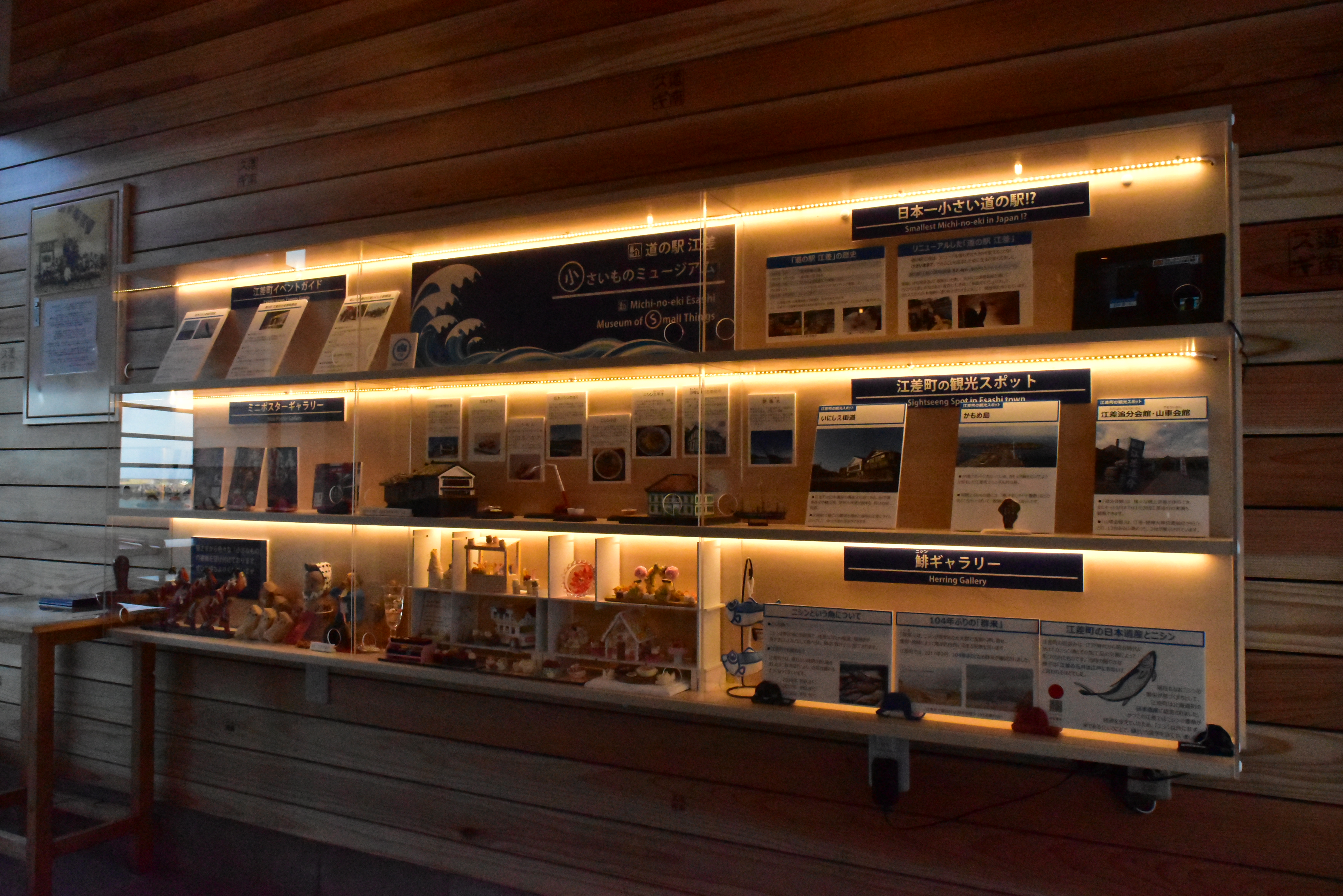 Furthermore, the interior and exhibitions have been completely renovated. Because the Michi-no-Eki is small, various small items are exhibited, and it is called the "Small Things Museum".
We also sell products and crafts that focus on small items.

When you come to Esashi-cho, Hokkaido, be sure to stop by Michi-no-Eki Esashi. 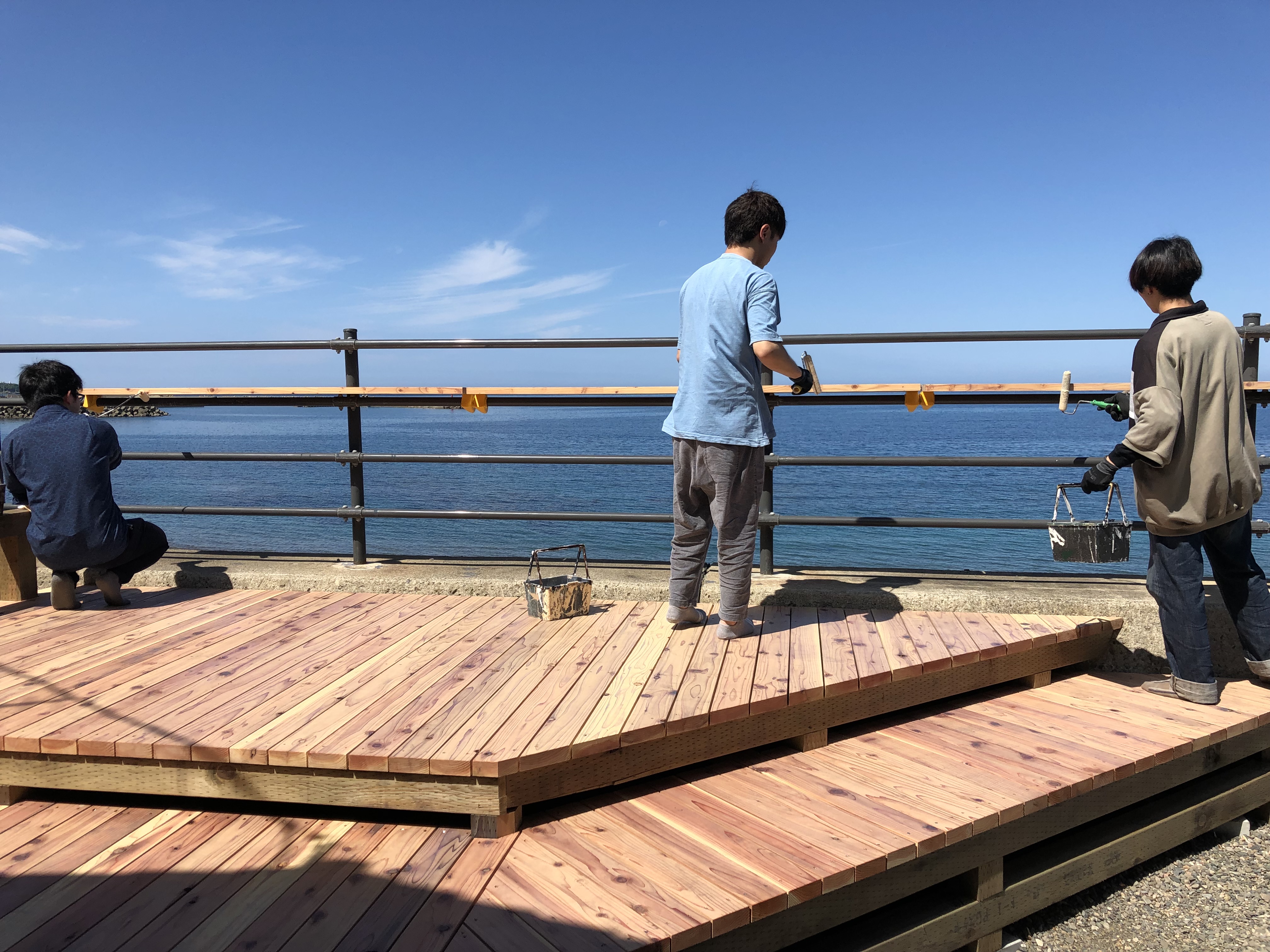 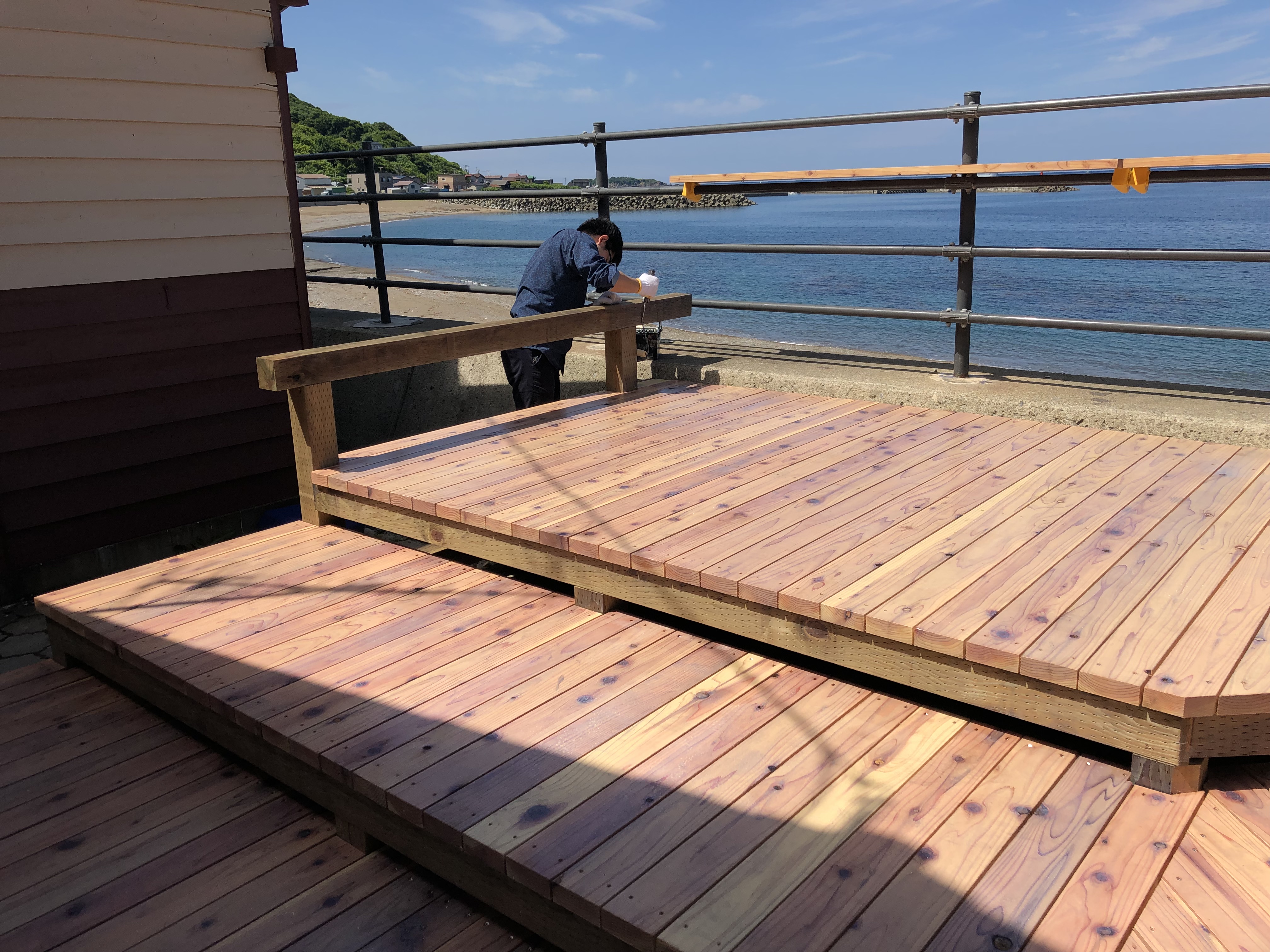 From 2th June in 2019, a wood deck has been built behind the store.
The view of the sea from the wooden deck is the best spot for photos.
Please have a rest from driving while looking at the scenery!

The Michi-no-Eki in Esashi-cho is located in Tazawa beach, on land related to the protagonist of Esashi folk tale"Shigejiro". Shigejiro Banya copies a herring banya (traditional fishermans accomodation) is a basic accommodation where the scenery of the sea spreads through the window from morning until evening. There are living rooms of both flooring and tatami mats, a kitchen with gas stoves, a refrigerator, cookers such as a rice cooker and pans, a unit bath, beds and also futons. You can easily experience the feeling of a villa on the beach.
The refreshing toilet has a storehouse style with plenty of hinoki wood. It is popular as a base for tourists because of the shops and Tourist Information Center attached.