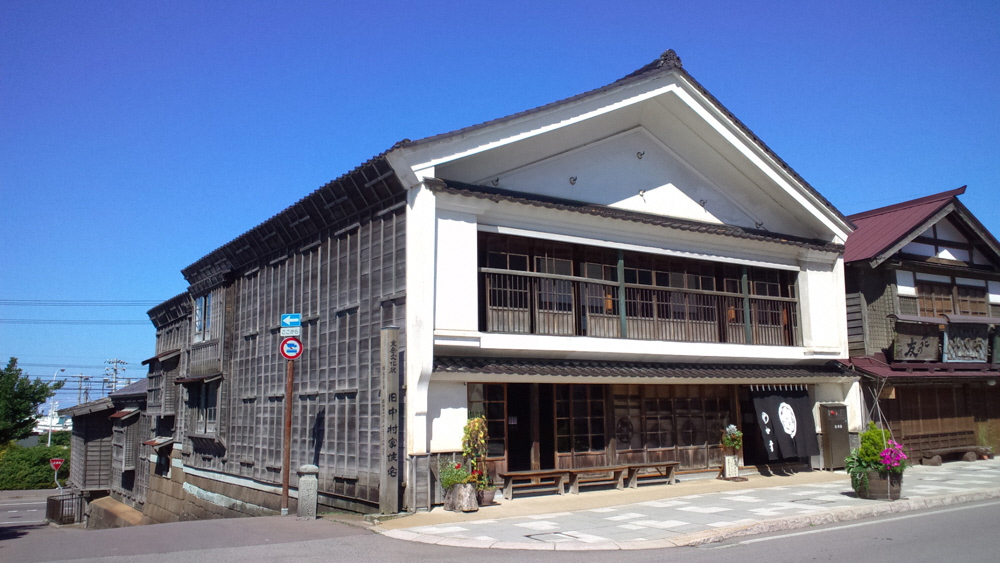 The former Nakamura Family Merchant House has 4 houses, the "main house" the "library warehouse" the "Shimono warehouse" and the "HANEDASHI". They are situated in a line on the gentle slope facing the "INISHIE roadway". In around 1887, the "main house" and the "library warehouse" were built, the "Shimono storehouse" was built later in the Edo era. The restoration of "HANEDASHI" was completed in 1981.

Uhe Ohashi who was an Omi merchant owned this building during the Meiji era, but Nakamura Yonekichi who was also an Omi merchant took it over in 1915. On 28th December, 1971, it was designated as a national important cultural asset. In 1974, the building was donated to Esashi-cho from the Nakamura family. From January in 1980 to March in 1982, it was restored.

Esashi citizen
70 years or older
Visitors with a disability certificate