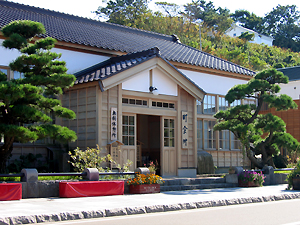 This is one of the main facilities for the historical town project (Inishie Kaido). Till November in 1993, it was used as the main government building of the former Esashi Town Hall. In April 2001, it was rebuild as the current Easashi Town Meeting Hall.
Location: 76-1, Aza Nakautacho, Esashi

What is a “Meeting Hall”? (The origin of the name of the Town Meeting Hall)

It was said that the former town government office was built as the town meeting hall with donations from the town citizens in 1845. Also it seems it had roles as the last organization of town administration such as introducing regulations/laws, making documents, managing lands owned by the town, etc...and it was a place where officers like Machidoshiyori, Nanushi, Chodai worked.
In Hokkaido, it is a unique monumental building that symbolizes the long history of self-government administration by the residents of Esashi.
It is also valuable for architectural methods in particular the roof structure. 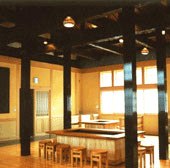 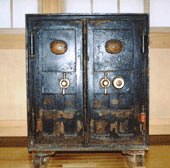 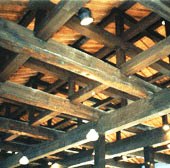 Reconstructed huts with materials used in the old government building 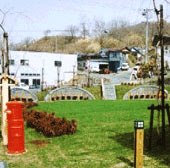 Open space for multiple purposes such as for events

The building of the former town hall has been with people living in the town of Esashi for one and a half centuries. Generally, the reconstruction of this time was to restore the appearance of the building that was built during the late Edo era, and reused the usable parts.

History;
1678 The building was moved to Esashi from Kaminokuni Hiyama magistrate's office.
1772 The building changed from Esashi Hiyama magistrate to the town magistrate.
1845 Built as a town government office with donations from the town citizens, and also used as a town meeting hall.
1872 Renamed to Tocho government office, combined with the pioneer office.
1887 Used as only the Tocho government office
1900 Renamed Esashi Town Hall due to the 1st-class town and village system
1956 Known as the new "Esashi Town" due to the merger with the former Tomari village
1993 Completed the role as a government office
After that, it was used as an Inishie dream hall.
2001 Was rebuilt as the current Easashi Town Meeting Hall as the base facilities for the historical development project.