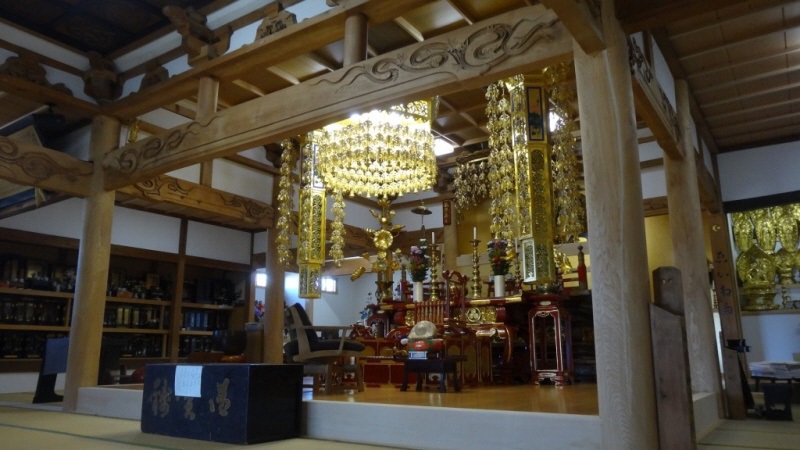 Kongoji Temple is located at an elevation in Nakautacho looking down at the Sea of Japan. The history of this temple started in 1624 but it has since burned down 3 times, and the current building was completed in 1889.

Inside the main hall there are various artworks preserved for their high cultural value, such as “Mokujikibutsu statue” which was designated by the town as a tangible folk-cultural asset, Sho-Kannon statue which is only revealed to the public on the 17th July, and Juouzu (painting of Jigokugokurakuezu) only shown between 17th July and the end of August. 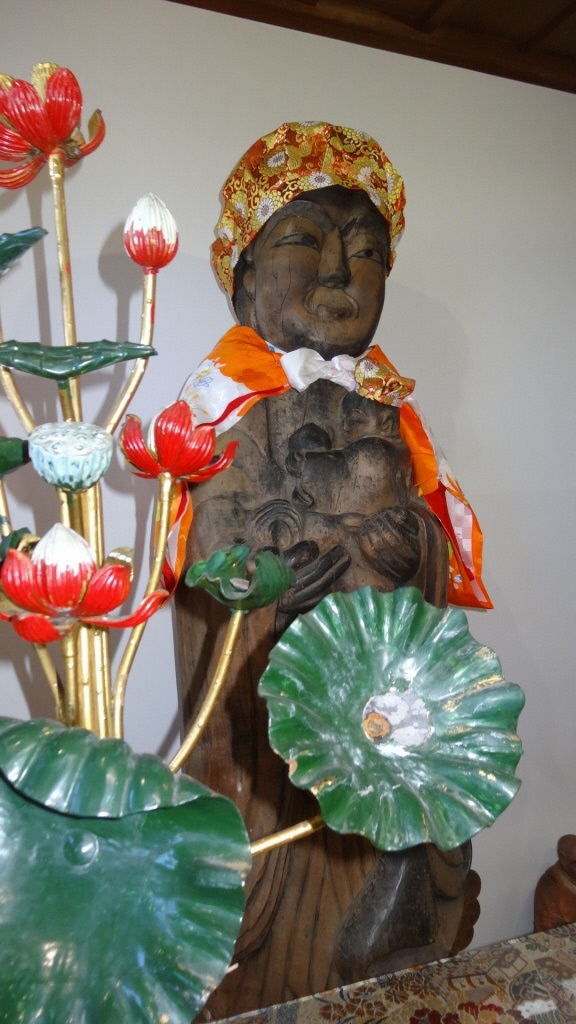 Mokujiki Shonin was born in Maruhata, Shimobecho, Yamanashi prefecture in 1718. After he went to Edo at 14 years old, he confined himself in an Ohyama Fudou Temple in Kanagawa prefecture as a means of training. He later became a pupil at Rakan Temple in Ibaraki prefecture and received Mokujikikai (Mokujiki training) and was given the title Mokujikidou Shonin.

Mokujikikai (Mokujiki training) doesn’t allow you to sleep under a roof, only allows you to wear 1 piece of clothing whether it’s winter or summer, and doesn’t allow you to eat anything warm. They mostly ate Hananeri (made out of potato starch with water) and Sobagayu (buckwheat seed porridge).

In 1779 when he came to Kongoji Temple, smallpox was endemic and 34 childrens' Kaimyo (posthumous names) were written in the death registration book of Kongoji Temple in the same year.

Shonin made an effort to carve as many statues of buddha as he could after everyone else went to sleep. Koyasu Jizou statue in Kongoji Temple is Shonin’s very first creation. Even though there isn’t the same roundness in the statue compared to his later creations, it is still very precious and known as a blessed statue, which some women prayed to to help get pregnant, to safely give birth, for breastfeeding, or to calm their babies down. There is one in Kannon Temple, one in Kashiwacho (Esashicho) and another in Hozoji in Kumaishi.

He created about 2000 statues of Buddha and died when he was 93 years old. His Buddhist priest's name was “Mokujiki Gogyo Myoman Seijin”. 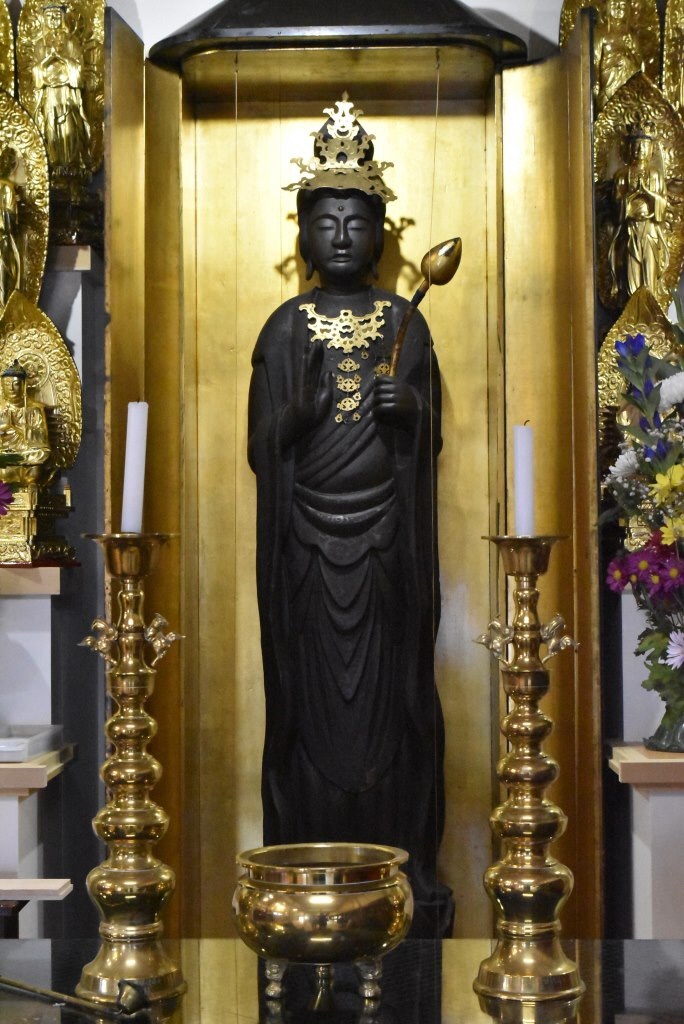 The third pupil of Raigouji Temple in Echigo, Kyushu called Jakuyo Ryozuishonin had a dream in which Kannon (the goddess of mercy) told him “The minds of the peope of Ezo are not in the right place. So go to Ezo, heal their souls, take away their pains and help them to find joy. I’ll be waiting for you there”.
He followed the advice of the dream and came to Kouzen Temple in Matsumae. While he was walking around Esashi, He heard a strange story. Atsuya Shichiemon who was ruling Esashi at that time in Moshiri, found that the driftwood used for the entrance hall was glowing in Ruri blue (lapis lazuli) at night. When he heard about it he thought it must be that Kannon had come here ahead of time. He asked Atsuya for the driftwood and carved the wood into a statue which later became the Kannon statue in Kongoji Temple in Toyokawacho .

The strange thing is that Ryozuishonin had never experienced carving wood but managed to carve a beautiful Kannon statue out of the wood very smoothly in a way that resembled taking layers of kimono off of the body. That story spread quickly and in a couple of days a number of people came to be his believers. They established the financial foundation for Kongoji Temple and it still stands today.

Ryozuishonin became the 28th Gohossu (top ranked monk) in Daihonzan Zendoji Temple located in Kyushu and worshipped as a monk.